Top 9 US Spots to Retire and Buy A Home 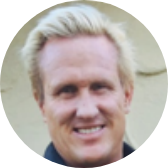 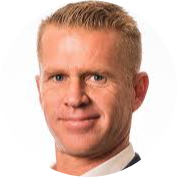 Below are some of the best places to retire and buy a home:

Huntsville is in one of the cheapest states to retire. You can enjoy low taxes, low cost of living, and reasonable housing costs. Huntsville has the Marshall Space Flight Center, the University of Alabama, and a strong economy with plenty of culture. You can enjoy going to the symphony in Huntsville and the bass fishing is great, too. You also can by a home for about $200,000 here, so it’s a good choice for retirees on a budget.

Some retirees may not consider Pittsburgh as a place to retire, but it has a lot going for it. Home prices are only about $175,000 and are well below the national average. Cost of living is reasonable and has a growing population of 310,000. It’s a beautiful town with steep hills and more than 400 bridges – the most in the world. Universities in town include Carnegie Mellon, University of Pittsburgh, Chatham University, and Duquesne University. They have a state income tax, but you don’t have to pay it on Social Security or most retirement income. It’s also ranked by Milken Institute as one of the best cities to age successfully.

Not too many people in Alaska are over 65 – only 10%. But it’s a nice place to live and retire if you don’t mind the distance from the rest of the US. The first thing to know about living here as a retiree is it’s one of the most tax-friendly states with no state income tax. Also, every resident of Alaska receives an annual dividend from oil that is refined here; the last payment was $1600 per person. Note that the cost of living is higher here than most of the US. But the average income is well above the US average at $71,000. Anchorage offers many amenities as the largest city in the state. You can enjoy theaters, museums, shopping centers and the beauty of nature.The median home price in this city is $475,000, so you will need to have some money to put down on your home.

Pensacola is known as one of the most affordable places to retire in Florida with about 500,000 people in this Gulf coast town in the panhandle of the state. Homes are affordable in the $225,000 range so they’re well within the budget of many retirees. There also are miles of beautiful beaches to enjoy with your partner and family, and you also can enjoy the National Naval Aviation Museum and Historic Pensacola Village.

For retired folks who want to enjoy the water but don’t want to move to the East or West Coast, the Great Lakes can be a great choice. Duluth is a lovely port city in Minnesota where homeowners and visitors can watch ships go through the Aerial Lift Bridge.

The Lake Superior coast is rocky and surrounded with countless pine trees, so you can really enjoy the outdoors and fresh air here. This growing town also has the Great Lakes Aquarium and a fantastic zoo that is great for grandchildren. There also are plenty of parks and walking paths so you can get plenty of exercise. Winters can be intense, but there are plenty of enclosed skywalks so it’s easy to stay warm and active when the snow falls.

Freeport is a few miles south of Houston and has affordable living with plenty of outdoor activities on the Gulf of Mexico. Surfside Beach is popular and the Surfside Jetty at a local part is fantastic for birdwatching and fishing. The city has about 12,000 residents and its many lagoons, canals, rivers, and lakes make it a good place for retirees who want to be near the water.

By car, you can take in the Bluewater Highway that goes along the Gulf coast to Galveston with the Gulf on both sides and lots of interesting stops.

San Antonio is a growing, friendly city in South Texas with a population of 1.5 million and a median home price of about $230,000 in 2021. While prices are rising here, it’s still well below then median price in the US. This is a good place for retirees who want an affordable cost of living and plenty of sunshine. The economy is also resilient because of its many options, including military, energy, technology, and manufacturing. There also is no state income tax and no estate tax.

Jacksonville is the largest city in the state with a population of 900,000, with a median home price of $185,000 about 30% below the US median. Cost of living is about the same as the national average, and you can enjoy many beaches on the Atlantic Ocean. There is no state income or inheritance tax in Florida, so you can save a lot of your retirement income here. And if you’re concerned about hurricanes, not as many hit the NE part of Florida.

Savannah is a lush town of 150,000 and about 30 miles from the Atlantic Ocean. Homes only cost about $160,000 here, which is about 40% below the national average. The city has mild winters and you aren’t far from the beach, and there are plenty of doctors in the area. The state exempts your Social Security income and $65,000 of retirement income from state tax. There also is no estate or inheritance tax.

All of the above cities offer affordable homes and cost of living for retirees, so consider a few of these places when you’re getting ready to stop working!