December 19, 2018- Washington DC, – Today, the Federal Reserve increased interest rates. This was the fourth time this year, but they did hint that 2020 may see less aggressive rate-hikes as a result of a weakening economy. Federal Reserve Chairman, Jerome Powell said, “Despite this robust economic backdrop and our expectation for healthy growth, we have seen developments that may signal some softening.” 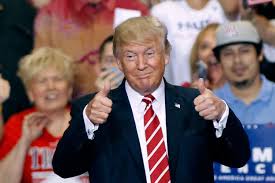 In mid-2018, President Trump made it all too clear that he was frustrated with the Federal Reserve and how it was raising key interest rates. He seems to be concerned that the moves could impede the strong economic recovery we have been experiencing.

It is unusual for presidents to get involved with what the Fed does, which is to establish the benchmark interest rate that affects many types of consumer debt, and also indirectly influences mortgage interest rates.

As of mid-2018, Fed officials had raised interest rates twice and they planned two more before the end of this year.

There are many reasons going into 2019 that Trump would want the Federal Reserve to keep rates as they are or even lower them:

The housing market has been losing some steam in recent months as 30-year mortgage rates have neared 5%. This causes people to hesitate to buy a home. Many may decide to wait to buy a home until rates go down. Americans buying homes instead of renting stimulates the economy, so Trump clearly wants as strong a housing market as possible. This is helped by lower interest rates.

We have already seen the refinance business fall off a cliff this year as rates have risen. The home purchase market continues to be strong, as people have more money in their pockets as wages have risen. But this could change quickly if rates continue to go up. 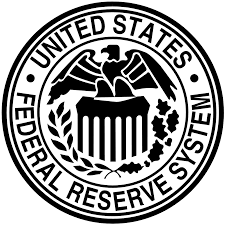 One thing people often don’t understand is that Federal Reserve rates only indirectly affect mortgage rates. They have a much more direct effect on consumer credit card and car loans. When the Fed raises its key interest rates, the rates on credit cards and other personal loans go up. People do not have as much disposable income and must reduce their spending.

This also can affect farmers and businesses, who will reduce their spending on new equipment, which will slow productivity and possibly reduce the number of employees.

Trump wants a strong stock market going into 2019 and 2020, but if the Fed continues to increase rates, it could affect the stock market. When interest rates rise, businesses and consumers reduce their spending. This causes company earnings to fall and for stock prices to go down.

If Trump could encourage the Fed to drop rates in 2019, it is likely the major positive economic effects would not be felt until 2020. This is when Trump wants the economy to be doing well as it is the presidential election year.

#5 The US Economy Has Been in a Slump for Years

Going back to the great recession, the US economy has had a substantial slump it is just pulling out of. It was not as bad as Europe, but for US standards, inflation has been low, growth has been lagging, and wage growth has been poor.

Given the strong growth we have seen in the first two years of the Trump economy, it is natural to think we might have inflation and would need higher rates. But some of the growth was due to the Trump tax cuts, which were temporary. Some experts think we will start to see a slowing economy in 2019, which would strongly point to the need to lower rates, as Trump surely wants.

Hopefully, the Fed will agree with President Trump and lower rates next year to help to keep the economic ball rolling.

The information contained on RefiGuide.org website is for informational purposes only and is not an advertisement for products. The views and opinions expressed on this site are those of the respective authors and do not reflect the policy or position of this company or affiliates. RefiGuide.org is a website that provides information about mortgages. We do not directly offer mortgages, accept applications or approve loans but we work with partners who do. We are not responsible for the accuracy of rates, APR or loan information posted by banks, brokers, lenders or advertisers. Any connected advertisements do not imply affiliation or endorsement by any government agencyThis service is completely free and there is no obligation when you receive rate quotes from any of our competing mortgage companies. Neither RefiGuide.org nor its advertisers charge fees or require anything other than a submission of qualifying information for comparing offers online. Rates and loan guidelines are subject to change without notice. All material on this website is copyrighted. The material on this website should not be used or copied. This site is not a government agency, lender or bank. We are not affiliated with HUD, FHA, USDA or the VA. We do not offer any mortgage refinance products.